A Public Forum on Voting and Voter Suppression

With music to lift your soul

Presented by JusticeAid and The Riverside Church of New York

Watch the recorded presentation on the YouTube channel of the Riverside Church here. 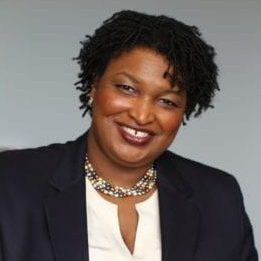 Stacey Abrams is a New York Times bestselling author, serial entrepreneur, nonprofit CEO, and political leader. After serving for 11 years in the Georgia House of Representatives, in 2018, Abrams became the Democratic nominee for Governor of Georgia, winning more votes than any other Democrat in the state’s history. Abrams was the first black woman to become the gubernatorial nominee for a major party in the U.S., and the first black woman and first Georgian to deliver a Response to the State of the Union. In 2018, Abrams launched Fair Fight to ensure every American has a voice in our election system through programs. The following year, she launched Fair Count to ensure accuracy in the 2020 Census and greater participation in civic engagement. More 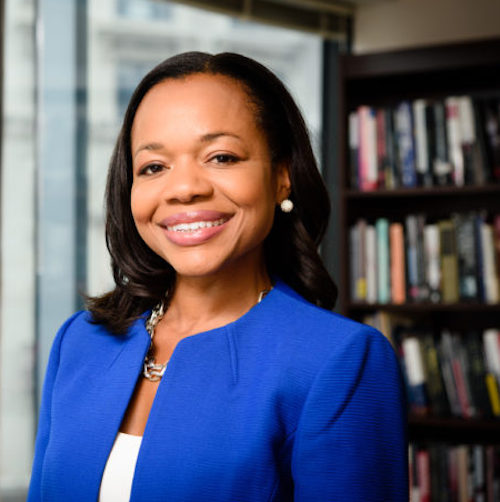 Kristen Clarke is President and Executive Director of the national Lawyers’ Committee for Civil Rights Under Law. In this capacity she is a legal advocate on behalf of the rights of communities of color, especially in the areas of social justice, equal economic opportunity, criminal justice, and judicial diversity, among others.

Before joining the Lawyers’ Committee, Clarke spent several years at the NAACP’s Legal Defense and Educational Fund (LDF) where she helped lead the organization’s efforts in voting rights and election law reform across the country. Before joining the LDF, she worked at the U.S. Department of Justice’s Civil Rights Division, where she served as a federal prosecutor, handling cases of police brutality, hate crimes, and human trafficking. Clarke is a regular contributor to a number of outlets including CNN, MSNBC, and TV One as well as a 2017 recipient of Quinnipiac University’s Thurgood Marshall Award, among others. More 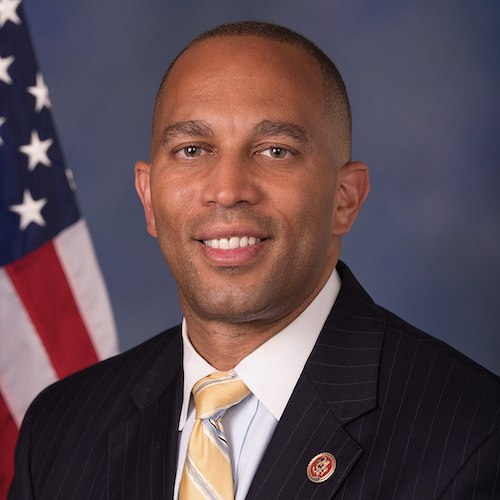 Hakeem Jeffries represents the diverse Eighth Congressional District of New York, an area that encompasses large parts of Brooklyn and a section of Queens. Serving his fourth term in the United States Congress, Rep. Jeffries is a member of the House Judiciary Committee and House Budget Committee.

Rep. Jeffries is Chairman of the House Democratic Caucus, having been elected to that position by his colleagues in November 2018. In that capacity, he is the fifth highest-ranking Democrat in the House of Representatives.  He is also the former Whip of the Congressional Black Caucus and previously co-chaired the Democratic Policy and Communications Committee where he helped develop the For The People agenda.

In Congress, Rep. Jeffries has emerged as a tireless advocate for social and economic justice. He has worked hard to reform our criminal justice system, improve the economy for everyday Americans, and protect our health care from right-wing attacks. More 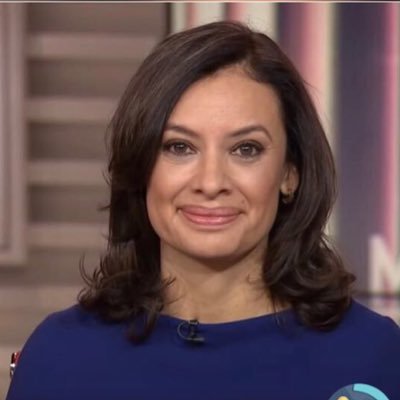 María Teresa Kumar is the founding President and CEO of Voto Latino and Emmy-nominated contributor with MSNBC. Under her leadership, Voto Latino has become a key factor in national elections by registering over half a million voters and influencing millions more through viral, celebrity-driven campaigns.

Kumar is a frequent guest analyst on NPR and PBS, a panelist on Bill Maher’s HBO show, an opinion writer for national publications, and a sought after speaker at major conferences. She started her career as a legislative aide for then-Democratic Caucus Chair Vic Fazio, and graduated from Harvard’s Kennedy School and the University of California at Davis. More 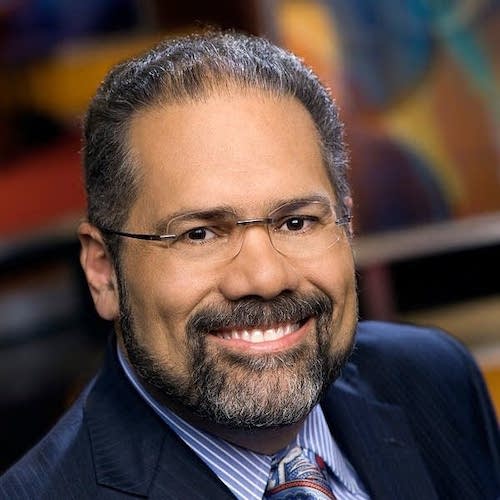 During his 30 years as a television news anchor and radio journalist, Ray Suarez has hosted programs and reported for Al Jazeera America, PBS, CNN, and NPR. He served as senior national correspondent for the PBS Newshour, where he covered global health, the 9/11 attacks in New York and Washington, DC,  four Presidential elections, and moderated two Presidential debates. He has also worked as a radio reporter in London and Rome, as a Los Angeles correspondent for CNN, and as a reporter for the NBC-owned station WMAQ-TV in Chicago. He is currently co-host of the radio program and podcast World Affairs for KQED and the World Affairs Council. Suarez has been honored with multiple awards for his work, and is co-recipient of the Dupont-Columbia Silver Baton Award for his coverage of South Africa’s first democratic election in 1994. Along with his work in journalism, Suarez travels throughout the U.S. and worldwide for public speaking engagements. 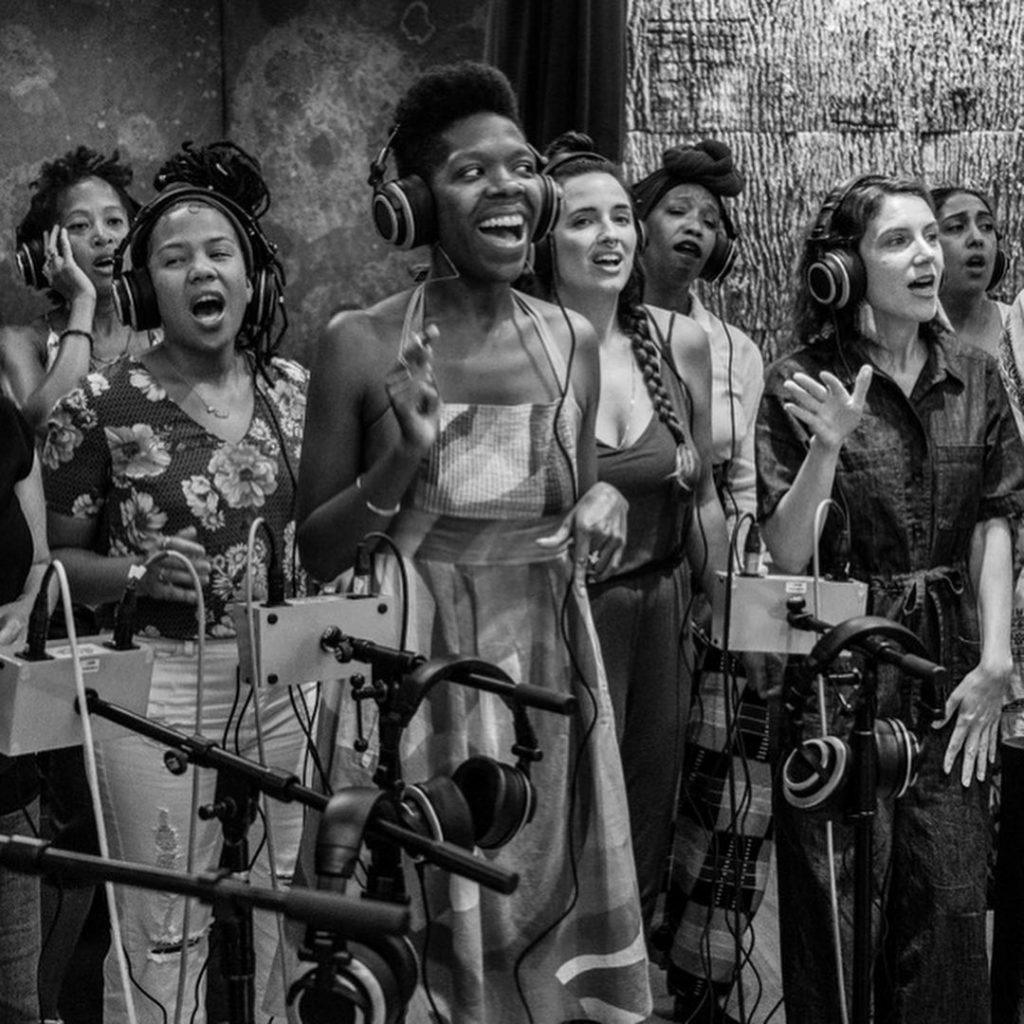 The Resistance Revival Chorus (RRC) is a collective of more than 60 womxn and non-binary protest singers who join together to breathe joy and song into the resistance, and to uplift and center womxn’s voices. Led by musical director Abena Coomson-Davis, the chorus members are touring musicians, film, and television actors, Broadway performers, solo recording artists, gospel singers, political activists, educators, filmmakers, artists, and more, representing a multitude of identities, professions, creative backgrounds, and activist causes.

The RRC was founded in the wake of the 2017 Women’s March. Their music centers around women in music and addresses how historically marginalized women have been in the music industry. They’ve backed Ke$ha at the GRAMMYS, performed on The Tonight Show with Jim James, sung Spanish lullabies to detained migrant children outside a New York holding facility, and been shouted-out on Twitter by hometown hero Alexandria Ocasio-Cortez. More 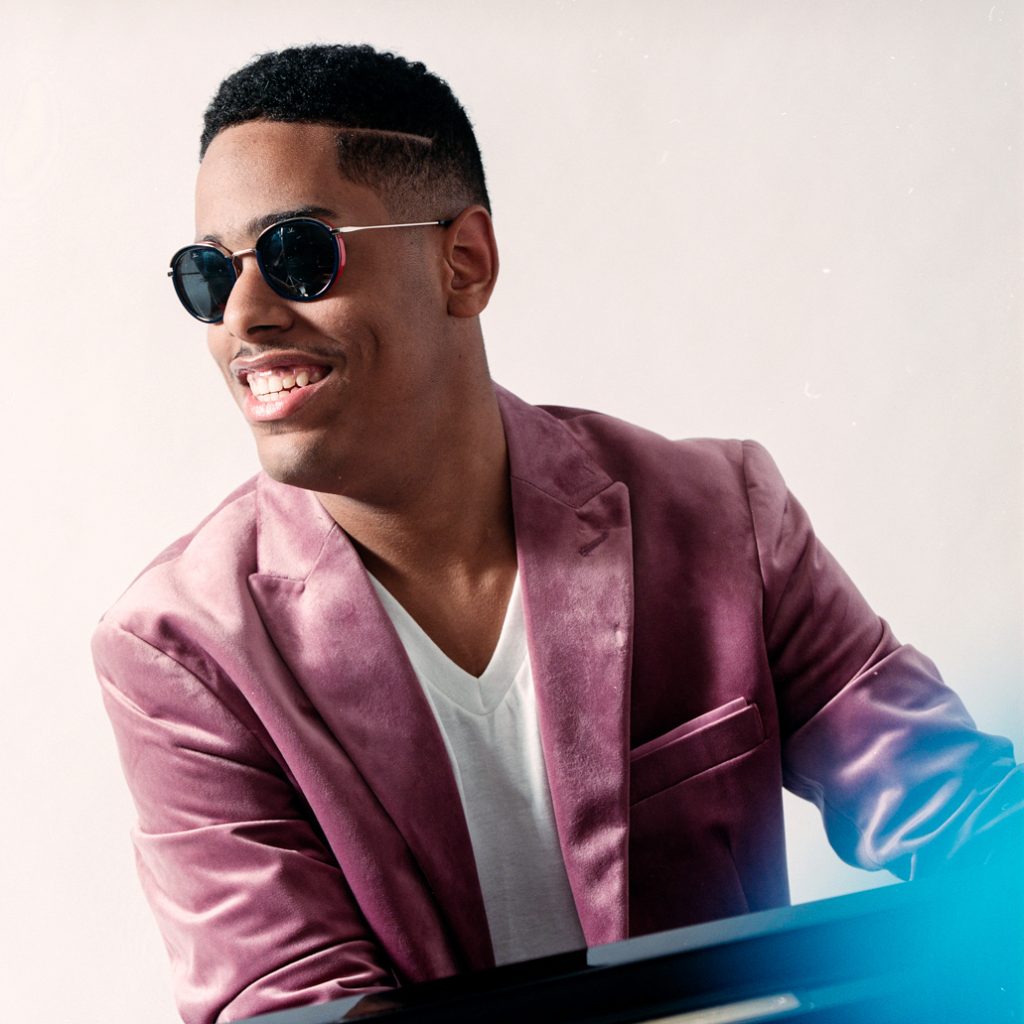 Matthew Whitaker is an American jazz pianist. Blind since birth, he has performed at venues including Carnegie Hall, the Kennedy Center, Lincoln Center, and the Apollo Theater, where, at 10, he was the opening performer for Stevie Wonder’s induction into the Apollo Theater’s Hall of Fame. His television appearances include FOX TV’s Showtime at the Apollo, the Today Show documentary series “Boys Changing the World,” the Harry Connick Jr Show, and Ellen! Matthew is the youngest artist to be endorsed by Hammond (Organ)—in its 80+ year history. He is also the youngest musician to be named a Yamaha Artist, a stellar group of jazz pianists. More

Why are certain citizens denied the right to vote? And why do others choose not to vote? The forum will examine how voter suppression threatens our ability to freely elect our leaders and our constitutional right to vote. Hon. Stacey Abrams and U.S. Rep. Jeffries will share their unique perspectives on the promise of the Voting Rights Act and the subsequent national and state rulings that have given rise to voter suppression. A provocative panel discussion with Kristen Clarke and Maria Teresa Kumar moderated by Ray Suarez will explore the resulting impact on access to voting, particularly in communities of color, and the issue of voting safety in the age of COVID-19.  Join us to learn how you can take action to engage voters and ensure free, fair, and safe elections. You’re in for a treat with the uplifting musical performances of Abena Koomson-Davis and the Resistance Revival Chorus, and Matthew Whitaker!

The historic Riverside Church is an interdenominational, interracial, and international congregation in the Morningside Heights neighborhood of Manhattan in New York City. A focal point of global and national activism since its inception, Riverside Church has a long history of social justice. Martin Luther King, Jr. delivered sermons at Riverside between 1961 and 1967, most famously Beyond Vietnam on April 4, 1967, exactly one year before King’s assassination.

The Mission and Social Justice Commission seeks to transform individuals, communities, and systems of racial, economic, social, and environmental oppression. It encompasses 16 ministries, including The Lift Every Voice & Vote Ministry, The Prison Ministry, Sojourners Working with Individuals in Detention Centers, the Latino Ministry, and Black Lives Matters, among others. Riverside Church’s diverse congregation includes more than 40 ethnic groups.

The building was designated as a city landmark by the New York City Landmarks Preservation Commission in 2000, and was listed on the National Register of Historic Places in 2012.

JusticeAid leverages the community-building power of art and music to transform awareness into action in the fight against injustice. We organize arts events and public forums to educate people about key civil rights challenges, and we raise funds to support key organizations addressing these issues. Since its founding in 2013, JusticeAid has raised more than $1,000,000 in donations for the nonprofits it serves.

JusticeAid selects a justice-focused issue each year. In 2020, the focus is on voter engagement and voter suppression in support of our 2020 beneficiary, Election Protection/866-OUR-VOTE,the nation’s largest nonpartisan voter protection coalition formed to ensure that all voters have an equal opportunity to participate in the political process.

Election Protection is a national coalition made up of more than 200 local, state, and national voting rights advocacy partners working year-round to provide information and assistance to voters. The coalition assists voters overcome obstacles to voter participation (registration, early and absentee voting, casting a vote at the polls) and during the post-election process when ballots are reviewed and run-offs are held.

Election Protection is a program of the Lawyers’ Committee for Civil Rights Under Law. Formed in 1963 by President John F. Kennedy, the Lawyers’ Committee has been at the forefront of the legal struggle to fight discrimination, repair the damage of historic racial inequity, and break down the barriers to opportunity.

JusticeAid supporters share a passion for justice and a love for the arts. Please learn about voter suppression, persuade someone of its importance, make sure you’re registered, and let’s rally together to make the world a better place.