Read about the art by Romare Bearden.

“I need a little sugar in my bowl and a little hot dog in my roll.” 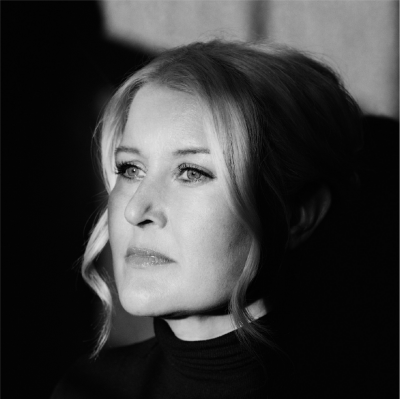 Paula Cole came to prominence in the mid-90s on tour with Peter Gabriel. She went on to sell several million albums and perform and collaborate with icons, including Dolly Parton, Herbie Hancock, and Emmylou Harris. Her songs continue to be covered by many—notably, Annie Lennox, Herbie Hancock, T.H.E.Y., Jamila Woods, and HAIM. The first woman in history to be solely nominated for the Grammy for Best Producer, Cole opened cultural confines and broke glass ceilings. Defying categorization, her albums and songs have been placed on multiple, diverse genre charts (Americana, Jazz, Pop, Adult Alternative, Dance, and Rock).  She has seven Grammy nominations and won the Grammy for Best New Artist for 1997. With an activist’s heart, Cole cares passionately about species preservation, sustainability, and equal rights. 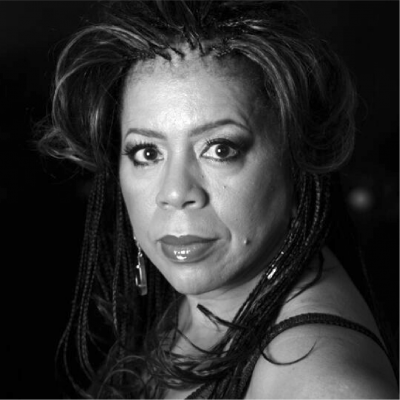 Valerie Simpson is, in the words of Berry Gordy, “a pint-sized ball of dynamite.” She has also been described as an avatar of gospel-influenced, sophisticated, and romantic soul music. Her partnership with Nick Ashford produced such hits as “Ain’t No Mountain High Enough,” “You’re All I Need to Get By,” and “Ain’t Nothing Like the Real Thing”  and landed them in the Songwriters Hall of Fame (2002). They rewrote their classic, “Solid,” as “Solid as Barack” and dedicated it to Barack Obama at his 2009 inaugural festivities. Simpson’s 2012 solo album, Dinosaurs Are Coming Back Again, features vocals by Nina Simone and Roberta Flack. In 2014, Simpson received an Honorary Doctorate of Music from Berklee College of Music, and in 2019, the Grammy Trustees Award. 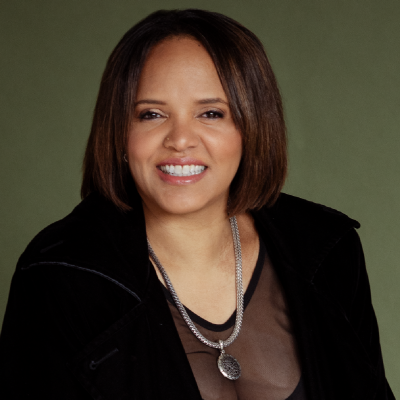 NEA Jazz Master and three-time Grammy award-winning drummer, producer, and educator, Terri Lyne Carrington started her career as an in-demand musician in New York City and later moved on to late-night TV as the house drummer for the Arsenio Hall Show and Quincy Jones’ VIBE TV shows in LA. While in her 20s, she toured extensively with Wayne Shorter and Herbie Hancock. She has performed on over 100 recordings and has been a role model and advocate for young people through her teaching and touring careers. Her 2013 release, Money Jungle: Provocative in Blue, earned a Grammy and established Carrington as the first woman to win in the Best Jazz Instrumental Album category. Waiting Game, nominated for a 2021 Grammy Award, was celebrated as one of the best jazz releases of 2019 by Rolling Stone, Downbeat, and The Boston Globe. Carrington serves as founder and artistic director of the Berklee Institute of Jazz and Gender Justice, created to address gender equity in the jazz field. 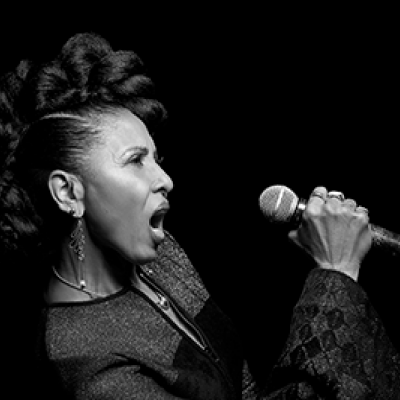 Nona Hendryx’s legendary career spans six decades of sound and style evolution as an American vocalist, record producer, songwriter, musician, educator, creator, author, and actress. She is known for her work as a solo artist as well as a founding member of Patti Labelle & the Bluebelles, “the Sweethearts of the Apollo Theatre,” inducted into the R&B Hall of Fame in 1999. She’s had ten top hits, including #1 record “Lady Marmalade,” and a Grammy nomination for “Rock This House” with The Rolling Stones’ Keith Richards on guitar. Her music has ranged from soul, funk, and R&B, to hard rock, new wave, and new-age. An activist and vocal supporter for women’s rights, social, political and criminal justice, Hendryx helped raise funds and awareness of HIV/AIDS from the outbreak of the epidemic and is still involved today. She wrote the music for Lee Daniels’ film Precious and appeared on Terri Lyne Carrington’s Mosaic Project. Hendryx currently serves as Ambassador for Artistry in Music at Berklee College of Music. 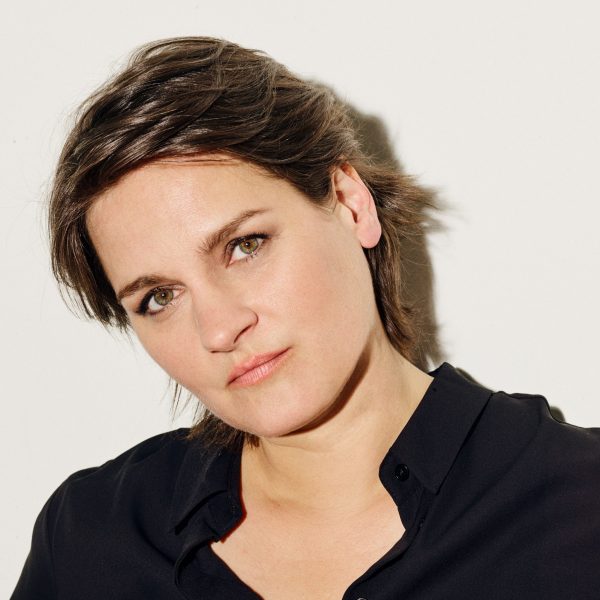 “The only thing that matters is the song,” says singer-songwriter Madeleine Peyroux—a conviction that along with a ‘one of a kind ’ voice has carried the award-winning artist from busking on the streets of Paris all the way to stardom. From Holiday to Dylan, Bessie Smith to Leonard Cohen, Peyroux sheds a striking new light onto familiar musical gems while making each phrase and croon her very own. With 10 universally praised albums, Peyroux has appeared at the world’s grandest concert halls and collaborated with some of the world’s finest musicians. The charmingly humble artist who “didn’t have any expectation of becoming someone that could make a dent in the outside world” has done just that. The prolific musician continues her world tour with the 2021 release of Careless Love Deluxe Anniversary Edition. 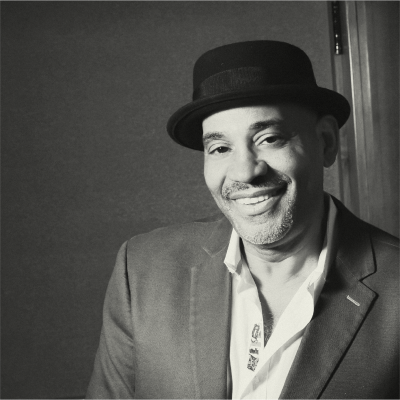 Over the past 20 years, Allan Harris has developed a reputation as one of the finest vocalists of his era. Brooklyn-born and Harlem-based, he has forged his sterling credentials through his 10 previous albums, covering a broad range of contexts, all netted together within the rich territory of the jazz tradition. Harris has performed on a worldwide stage that has taken him to prestigious international festivals and halls in Europe, the Middle East, and Asia. At home, he has toured at festivals and top venues, including Lincoln Center and the Kennedy Center. He has received numerous awards, including the New York Nightlife Award for “Outstanding Jazz Vocalist” (which he won three times), the Backstage Bistro Award for “Ongoing Achievement in Jazz,” the Harlem Speaks “Jazz Museum of Harlem Award,” and the DownBeat Critic’s Poll Award for “Rising Star Vocalist.”His recent album, Kate’s Soulfood, is a spirited, soul-drenched homage to Harris’ home of Harlem, NY. 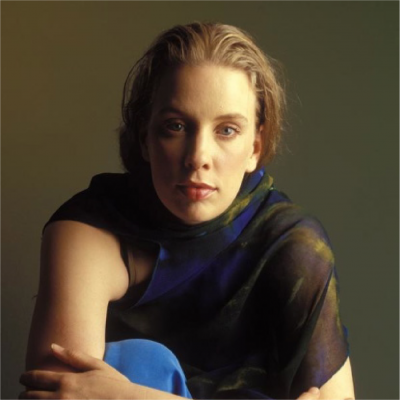 Recording artist, singer, and composer Morley travels the world to sit and sing with visionaries on the frontiers of social change. Her music has appeared on network television, commercials, and human rights documentaries. Morley has graced stages as wide-ranging as the Nomad Women’s Festival in the Sahara Desert, The United Nations, Carnegie Hall, TEDxWomen, and Lincoln Center. Morley spearheaded the fundraiser, “Borderless Lullabies” for the pro-bono legal defense fund, KIND: Kids-In-Need-of-Defense, which aids in reuniting children with their families after being separated by ICE. Morley has released seven albums of original songs via Sony, Universal, and independently. 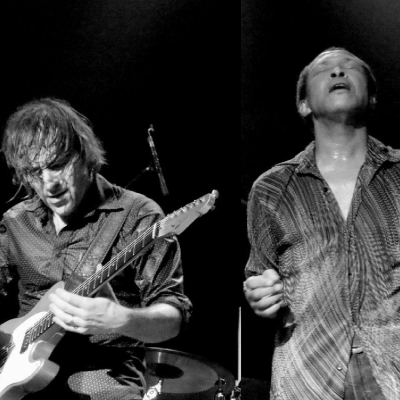 Guitarist-singer Chris Bergson and soul blues and electric blues vocalist Ellis Hooks have become a blues-infused modern-day Sam and Dave, bringing a similar kind of gritty, rousing blues that is chill-inducing, whether with Hooks’s pleading vocals or via Bergson’s stinging, piercing solos (Glide). Their live album, Normandy, was voted one of MOJO’s Top 10 Blues Albums of 2019. Hailed as “the New York street poet with a blues soul” (MOJO) and “one of the most inventive songwriters in modern blues music,” (All Music Guide), Bergson was inducted into the New York Blues Hall of Fame in 2015. His latest solo album, All I Got Left (2 Shirts/CRS) was named MOJO’s #4 Blues Album of 2021. He is an Associate Professor at Berklee College of Music, where he teaches guitar and songwriting.

Hooks has released six albums. AllMusic journalist Thom Jurek notes that Hooks “touches upon Wilson Pickett, Sam Cooke, and Otis Redding, but feels like one of the gritty New York streets Hooks busked upon” in his early days. 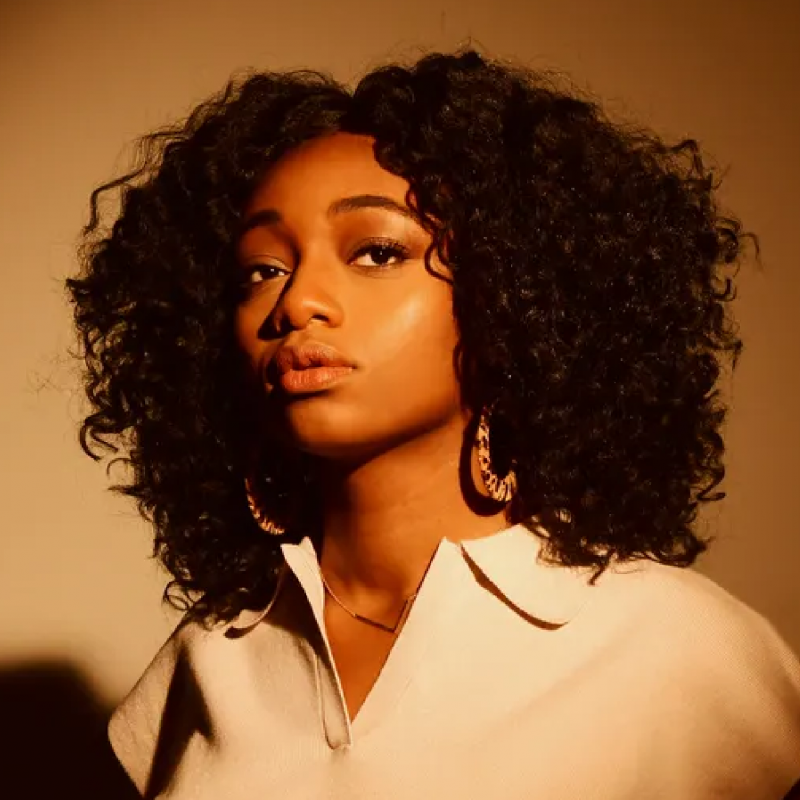 With a voice as smooth as velvet, Samara Joy’s star seems to rise with each performance. She is currently recording her debut recording, which will feature Samara backed by the Pasquale Grasso Trio.

Growing up in New York, music was a pervasive presence, due to the inspiration of Samara’s father and her paternal grandparents, all three venerated gospel artists. She sang in high school musicals and in her church choir, which helped paved the way to acceptance at SUNY Purchase’s acclaimed jazz program, where she was named Ella Fitzgerald Scholar and won the coveted Sarah Vaughan International Jazz Vocal Competition in 2019.

Although having only recently celebrated her 21st birthday, Samara has already performed in many of the great jazz venues in NYC, including Dizzy’s Club Coca Cola, The Blue Note, and Mezzrow, in addition to working with jazz greats such as Christian McBride, Pasquale Grasso, Kirk Lightsey, Cyrus Chestnut, and NEA Jazz Master Dr. Barry Harris.

Ebony magazine describes Joy’s signature sound as “a gift in a package that feels familiar, yet, fresh and beautifully timeless.” Her first album, Samara Joy, announces the arrival of a young artist destined for greatness.

“Y’all made it possible for me to start being who I am now.”

As an organization at the nexus of justice and the arts, JusticeAid fittingly salutes Bessie Smith, who used her magnificent voice and theatricality to pioneer the genre of blues music and propel it into popular culture. Her music empowered women to be fearless, to express their sexual freedom, and to understand that a working-class woman doesn’t need to alter her behavior to be worthy of respect. Indeed, her songs still live and breathe because they are relevant today. 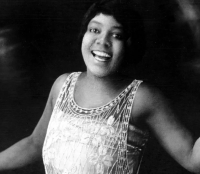 Jazz and blues vocalist Bessie Smith (1892 – 1937) was among the most famous and highly paid black entertainers of the 1920s and 1930s, eventually earning the title “Empress of the Blues.” She was an important influence for countless female vocalists, including Billie Holiday, Aretha Franklin, Nina Simone, and Janis Joplin. Her popular hits like “Down-Hearted Blues,” “I Put a Spell on You,” “St. Louis Blues,” and “Nobody Knows You When You’re Down and Out” have been repeatedly covered by legendary artists through the decades, and will be the cornerstone for our upcoming concert.

Smith began singing at a young age when she joined the touring company of the legendary Ma Rainey. She soon emerged as a formidable blues singer at a time that coincided with the birth of the commercial recording industry. Her wrenching blues expressed the harsh realities experienced by the Black underclass in the Jim Crow era. A pioneering artist and leading figure of the Harlem Renaissance, Smith defied racial barriers through the force of her indomitable personality and self-confident artistry. She composed many of her own songs, and when she sang the blues, she sang of the American Black experience – suffering and joy, betrayal and courage.

Smith recorded 160 songs while with Columbia Records, until in 1931, the effects of the Great Depression made it difficult for the record company to survive. Although no longer as prosperous as she had been, she still worked fairly regularly adapting her powerful voice to the new swing music.

Smith died tragically on September 26, 1937 from injuries sustained in an automobile accident. In 1989, she was inducted into the Rock and Roll Hall of Fame under the category of Early Influence.

Bessie: Empress of the Blues salutes Smith for bringing the blues to national prominence without compromising her status as black queer women. 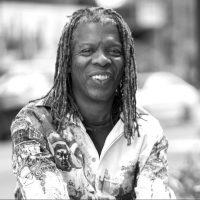 Mark Ruffin has spent his entire adult life bringing jazz to the people. He’s a two-time Emmy Award-winning broadcaster who’s written over 600 magazine articles on music. Before rising to prominence in North America, Ruffin was a presence in Chicago jazz radio for over 25 years, where he was also Jazz Editor at Chicago Magazine from 1982 to 2007.

Ruffin was the co-host of the popular public radio series, “Listen Here,” the producer of the first five years of the nationally syndicated Ramsey Lewis radio program, and an original staff member of Oprah Winfrey’s station, “Oprah Radio.”

Since 2007, Ruffin has been the Program Director and On-Air host for Sirius XM’s Real Jazz channel. He’s also produced several albums, including recordings by René Marie, Giacomo Gates, and George Freeman. His debut book Bebop Fairy Tales: An Historical Fiction Trilogy on Jazz, Intolerance and Baseball is a collection of three novellas that combine the themes in the subtitle.

Please consider a table sponsorship (10 tickets per table) for your law firm, company, or group of friends! Download opportunities here or contact me. Thank you!

JusticeAid is a nonprofit charitable organization recognized as exempt from Federal income tax under section 501(c)(3) of the Internal Revenue Code. The fair market value of each ticket is $250. Please consult your tax advisor on the deductibility of your contribution.

LISTEN TO THE MUSIC!