JusticeAid is the hardest working, most generous, and committed fundraising partner with whom I’ve had the privilege of working in my 20 years of non-profit work. In one night, our JusticeAid-hosted concert raised more money and public awareness than a year of intensive activity. I feel blessed to have been selected by JusticeAid to further our work with veterans and I urge any cause to jump at the opportunity to join forces with them. 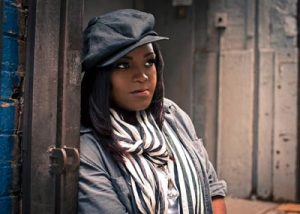 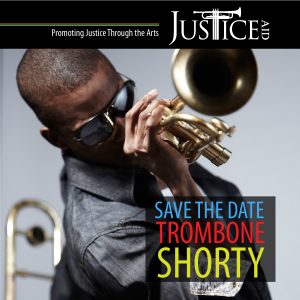 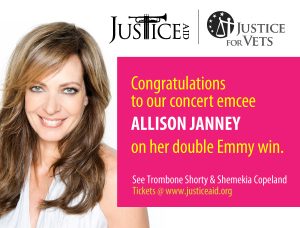 On September 14, 2014, at the Warner Theatre in Washington, DC, the electrifying Troy “Trombone Shorty” Andrews and his 10-piece band, Orleans Avenue, got people out of their seats and dancing for a great cause—Justice For Vets. Trombone Shorty was joined by two-time Grammy-nominated blues vocalist and Chicago’s Queen of the Blues Shemekia Copeland.

All ticket proceeds directly benefitted Justice For Vets, an organization that is leading the Veterans Treatment Court movement by ensuring that veterans who become involved in the justice system due to addiction or mental illness receive the benefits, mentoring, and treatment they have earned.