The first out gay teenager in a Disney movie is hitting the big screen in Strange World, an animated adventure film with comedian-rapper Jaboukie Young-White in a leading role. The story, notes Metro, “manages to balance a casual ‘not a big deal’ approach to the character while also making him integral to who he is and an element of his personality that’s never brushed under the carpet.”

This month’s artist is Tschabalala Self, a New Haven-based painter whose work, along with that of Keith Haring, Kehinde Wiley, Christina Quarles, and others, is included in the opening show at the Rubell Museum, a stunning new contemporary art museum in Washington, DC. She is known for her depictions of the Black female body in contemporary culture:

My subjects are fully aware of their conspicuousness…Their role is not to show, explain, or perform but rather “to be.” In being, their presence is acknowledged and their significance felt.”

Consistent with JusticeAid’s mission to promote justice through the arts, throughout the year we will feature films, artworks, songs, and books that address important issues to the LGBTQ community. We hope they offer inspiration, deepen our collective understanding, and prompt candid conversations with family and friends.

We welcome your reactions and suggestions and look forward to taking this journey with you throughout 2022 as we strive to forge greater empathy and deeper commitment to providing access to justice and protections for the civil rights of all persons.

Banner art by Tschabalala Self 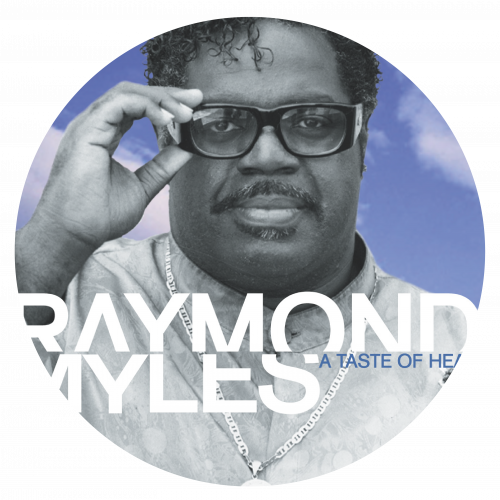 MUSIC THAT MATTERS
A Taste of Heaven is a thrilling, feature-length documentary about Raymond Anthony Myles, the electrifying Gospel Genius of New Orleans. Listen to Go to the Rock from the album of the same name.

The Stonewall Generation: LGBTQ Elders on Sex, Activism, and Aging
By Jane Fleishman (forward by Kate Bornstein and Barbara Carrellas)

In the Stonewall generation, coming out took courage. It was a turbulent time, a time of fear, a time of secrecy. Intimate lives hidden in the shadows. And yet, in the midst of it all, the Stonewall Generation has continued to fight for freedom, for rights, for love, and, yes, for sex. Sexuality researcher Jane Fleishman shares the stories of fearless elders in the LGBTQ community who came of age around the time of the Stonewall Riots of 1969. More

Telling Kobabe’s story from adolescence to adulthood, the 2019 fully illustrated memoir is a de facto guide on gender identity that grapples with the hardships of coming out, the confusion of adolescent crushes, and the trauma of being nonbinary in a society that largely sees gender as limited to two categories: man and woman.

The Battle Over Gender Therapy
By Emily Bazelon

More teenagers than ever are seeking transitions, but the medical community that treats them is deeply divided about why — and what to do to help them. More

She’s Not There: A Life in Two Genders
By Jennifer Finney Boylan

These selected films from Out magazine explore the teen experience, and that jungle known as high school, with humor and compassion. For a long time, LGBTQ+ teens haven’t been able to see their experiences in movies, but that’s changing. See the list.

JusticeAid leverages the community-building power of art and music to transform awareness into action in the fight against injustice. Each year we identify and raise funds for justice causes by hosting music, arts, and educational events. Since 2013 JusticeAid has granted more than 2 million dollars to nonprofits working to ensure access to justice for the disenfranchised and marginalized. Our grantee partners are fighting racist voter suppression and racist policing, working to end mass incarceration and inhumane immigration practices, ensuring access to legal services, and addressing the criminalization and hatred of others.