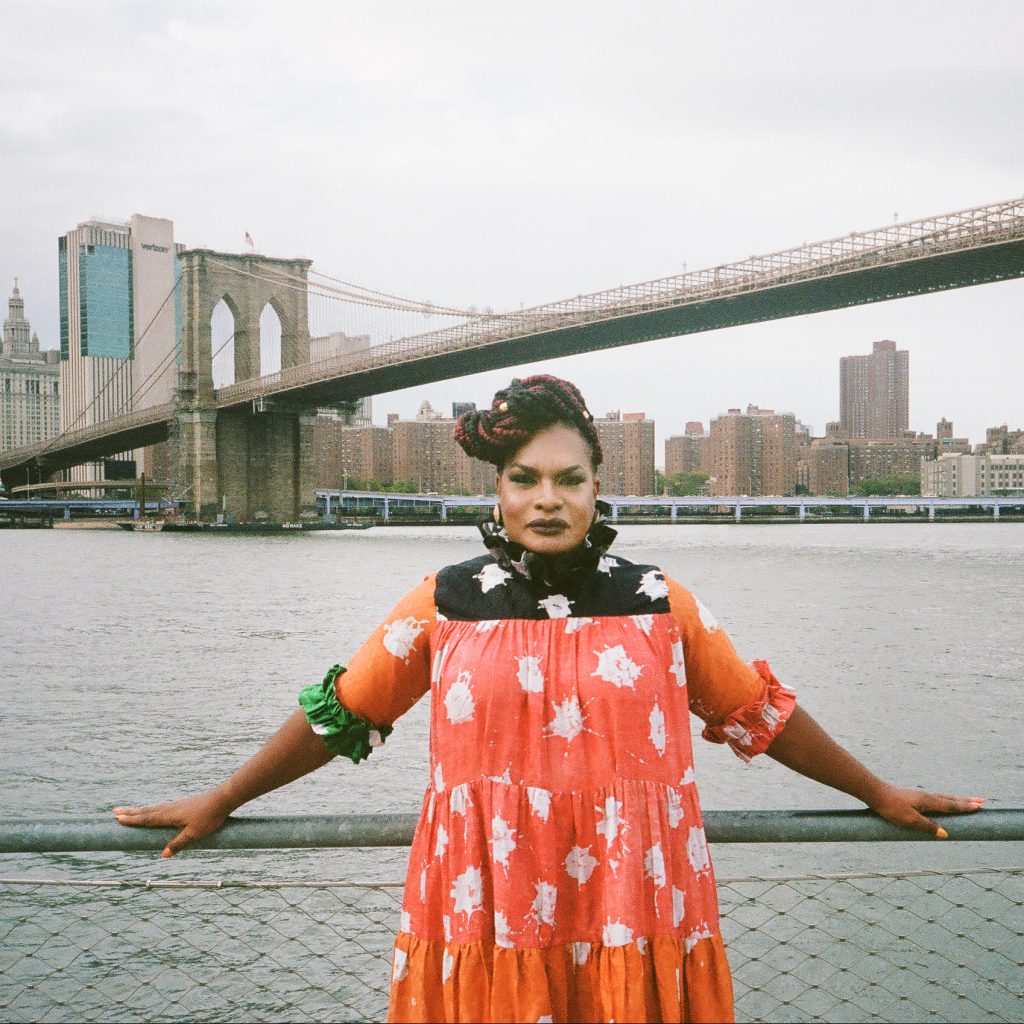 Award-winning journalist, thought-leader, and content creator Imara Jones pushes the envelope to help us think in new ways so that we can save ourselves and the world around us.

Jones created TransLash Media, a cross-platform journalism, personal storytelling, and narrative project, which produces content to shift the current culture of hostility towards transgender people in the US. As part of her work at TransLash, she hosts the WEBBY-nominated, TransLash Podcast with Imara Jones as well as the investigative, limited series, The Anti-Trans Hate Machine: A Plot Against Equality.

Jones was featured on the cover of Time Magazine in 2020 as part of its New American Revolution special edition. In 2019 she chaired the first-ever UN High Level Meeting on Gender Diversity. She has been featured regularly in The Guardian, The Nation, MSNBC, CNBC, NPR, Mic, and Colorlines. Jones has held economic policy posts in the Clinton White House and communications positions at Viacom. She is a 2021 Nathan Cummings Foundation Fellow and a  2019  Soros Equality Fellow.

Imara holds degrees from the London School of Economics and Columbia University. 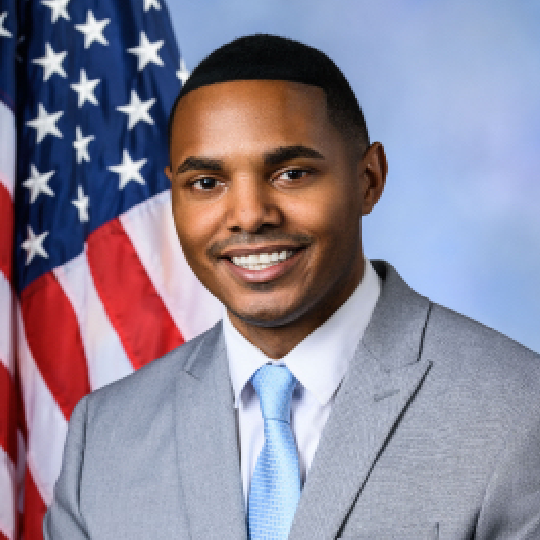 U.S. Rep. Ritchie Torres (D-15) represents the South Bronx, the poorest Congressional district in New York State. Before assuming office in 2021, he served as a New York City Councilmember from 2013 to 2020, where he chaired the Committee on Public Housing and was a deputy majority leader. As chair of the Oversight and Investigations Committee, he focused on taxi medallion predatory loans and the city’s Third Party Transfer Program.

Torres, along with Mondaire Jones, is the first openly gay Black man elected to Congress, and Torres is the first openly gay Afro-Latino elected to Congress. As such, he is committed to supporting LGBTQ individuals of all ages, including protecting the hard-fought wins that have secured basic rights for LGBTQ individuals and investing more in mental health care. In June, Torres introduced a new resolution condemning the rise in hate crimes and legislation targeting transgender and nonbinary communities. 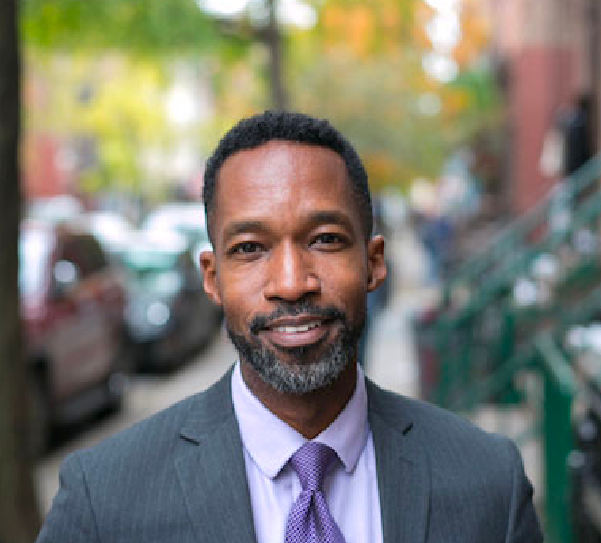 Rev. Bertram Johnson, Chaplain providing spiritual care and mentorship to the students at Union Theological Seminary in New York City. A minister in the Presbyterian Church (U.S.A.), he was the first openly gay African American to be ordained in the PC(USA).

Johnson is a faith leader who has spent more than two decades serving churches, nonprofits, and faith-based organizations dedicated to social justice, spiritual care, and public health. Most recently he was on staff at Middle Collegiate Church as executive minister for Care, Worship, & the Arts and The Riverside Church in New York City as minister of Justice, Advocacy & Change. He is a member of the NEXT Church Strategy Team and was a coauthor of The Sarasota Statement.

A native Floridian, he holds a Master of Divinity from Princeton Theological Seminary and a Master of Social Work from Rutgers University. 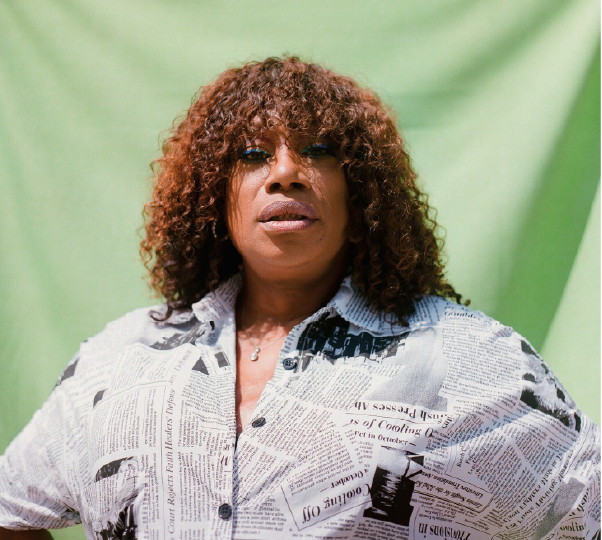 Ceyenne Doroshow (pronounced Kai-Ann) is a compassionate powerhouse performer, activist, organizer, community-based researcher and public figure in the trans and sex worker rights’ movements. As the Founder and Executive Director of G.L.I.T.S., she works to provide holistic care to LGBTQ sex workers while serving on the following boards: SWOP-USA, Caribbean Equality Project, SOAR Institute and NYTAG.

As an international public speaker, she has presented to The Desiree Alliance, Creating Change, SisterSong, Harm Reduction Coalition and the International AIDS Conferences. She was a featured emcee for Toronto Pride and MOMA/PS1’s Sex Workers’ Festival of Resistance, lifting her voice as a trans woman of color. Ceyenne has been heavily featured in the media, has performed on television in Showtime’s OZ, and has appeared in the documentaries Red Umbrella Diaries and Miss Major. 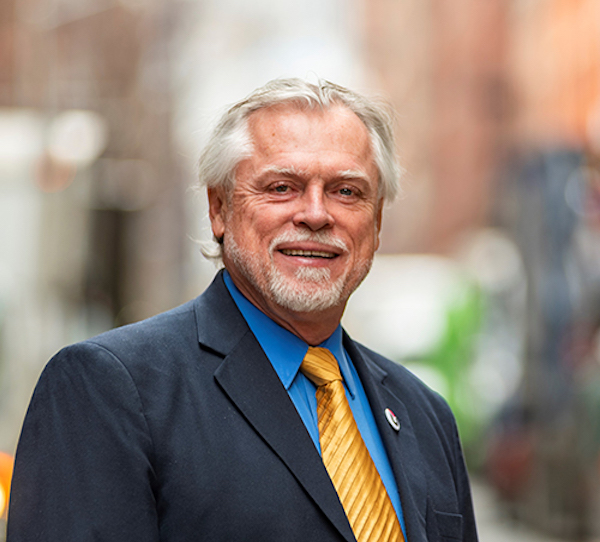 Charles King is one of the founders and CEO of Housing Works, Inc., a community-based, not–for–profit organization that provides a full range of services including housing, health care, mental health, chemical dependency services, legal, advocacy, and job training and employment for homeless men, women, and children living with HIV/AIDS and other chronic conditions. Charles served on the governing body of UNAIDS as a member of the NGO Delegation to the PCB and was Co-chair of the NYS End of AIDS Task Force. He is currently the co-chair of the Ending the Epidemic Subcommittee of the NYS AIDS Advisory Council. He also co-chairs ACT Now: End AIDS, a national ending the epidemic Coalition, and co-chairs the Visioning Committee of the National AIDS Housing Coalition. Charles holds both a Law Degree and a Master of Divinity from Yale University and is an ordained Baptist Minister. 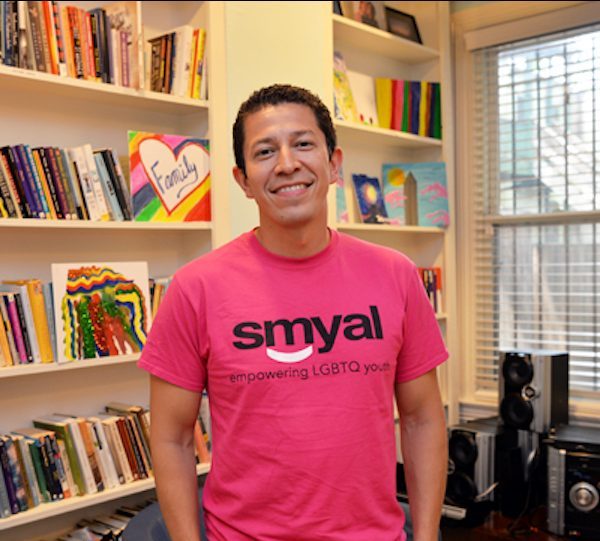 Jorge Membreño is SMYAL’s Deputy Executive Director. A licensed independent clinical social worker, Jorge previously served as the Director of Youth Housing and Director of Clinical Services at SMYAL, where he was instrumental in establishing its Clinical Services Department that provides on-site individual and group therapy, clinical supervision to staff and interns, and resource navigation to LGBTQ youth across the organization.

Prior to joining SMYAL, Jorge worked as a social worker and clinical supervisor in school and mental health agency settings. As a social worker, he has worked with youth on issues of homelessness, substance abuse prevention/intervention, mental health disorders, and stress and anxiety management. Much of his work has encompassed the spectrum of LGBTQ counseling including the areas of gender, sexuality, and transitioning.

Born in DC and raised in Northern Virginia, Jorge is the son of Salvadoran immigrants. He holds an undergraduate degree from Christopher Newport University in psychology with a minor in music, and a Master’s degree from Boston University’s School of Social Work. 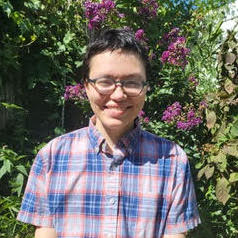 My name is Adrian Mora, and my pronouns are they/them/their. I am an eighteen year old second-year fellow at Ghetto Film School with a passion for writing, filmmaking, music, and social justice. I am a proud half-Dominican nonbinary lesbian. 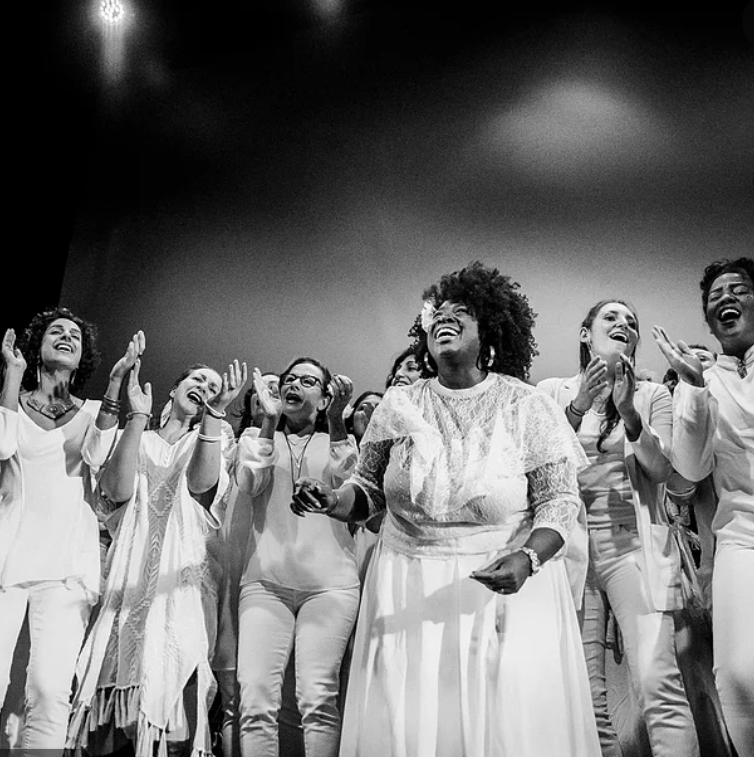 The Resistance Revival Chorus (RRC) is a collective of more than 60 womxn, and non-binary protest singers, who join together to breathe joy and song into the resistance, and to uplift and center womxn’s voices. Led by musical director Abena Coomson-Davis, the chorus members are touring musicians, film, and television actors, Broadway performers, solo recording artists, gospel singers, political activists, educators, filmmakers, artists, and more, representing a multitude of identities, professions, creative backgrounds, and activist causes.

The RRC was founded in the wake of the 2017 Women’s March. Their music centers around women in music and addresses how historically marginalized women have been in the music industry. They’ve backed Ke$ha at the GRAMMYS, performed on The Tonight Show with Jim James, sung Spanish lullabies to detained migrant children outside a New York holding facility, and been shouted-out on Twitter by hometown hero Alexandria Ocasio-Cortez. 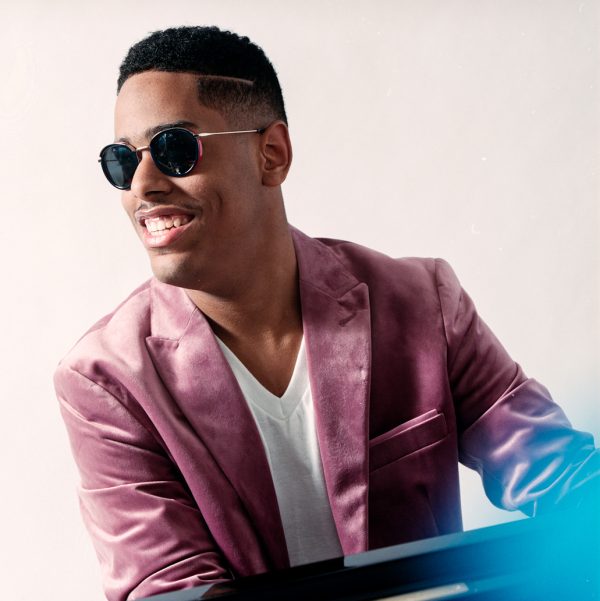 Born in 2001, Matthew Whitaker’s love for playing music began at age 3, after his grandfather gave him a small Yamaha keyboard. At 9, Matthew began teaching himself how to play the Hammond B3 organ. Four years later, he became the youngest artist to be endorsed by Hammond—in its 80+ year history.  He was also named a Yamaha Artist at 15, becoming the youngest musician to join the stellar group of jazz pianists.

Matthew has toured both in the U.S. and abroad, performing on prestigious stages around the country including Apollo Theater, Lincoln Center, Carnegie Hall, The Kennedy Center for The Performing Arts, SF Jazz Center, Monterey Jazz Festival, and Newport Jazz Festival, and at international venues in France, Italy, Germany, Indonesia, UK, Australia, Switzerland, Portugal, Japan, Spain, and Morocco—to name a few.

We are thrilled to forge our fourth partnership with the historic Riverside Church, an interdenominational, interracial, and international congregation in the Morningside Heights neighborhood of Manhattan. A focal point of global and national activism since its inception, The Riverside Church has a long history of social justice.

The Mission and Social Justice Commission seeks to transform individuals, communities, and systems of racial, economic, social, and environmental oppression. It encompasses 16 ministries, including Maranatha, which seeks to foster greater understanding and equity for LGBTQIA people and their allies. Other ministries include: The Lift Every Voice & Vote Ministry, The Prison Ministry, Sojourners Working with Individuals in Detention Centers, the Latino Ministry, and Black Lives Matters, among others.