A Message from JusticeAid’s President

As I reflect on this Thanksgiving holiday, I am thankful for many things—the health and well being of my family and friends, effective vaccinations, and each one of JusticeAid’s supporters who join us in the fight against inequality, injustice, and racism.

Last week, a nearly all white jury convicted three white men—including one former police officer—of murdering Ahmaud Arbery, a young Black man out for a jog in rural Georgia. Some may try to use this as proof that the criminal system works and that racism no longer exists. They would be wrong. While these verdicts were appropriate and I am thankful for them, the Arbery tragedy highlights the ongoing systemic racism that pervades our policing and legal systems: Why did three white men feel comfortable chasing down and killing an unarmed Black man? Why were no charges brought for months until a video of the killing was released and national public pressure brought to bear? How did the judge allow the defense to dismiss all but one Black juror despite noting that it appeared be the result of “intentional discrimination” by the defense?

Against all odds, these white defendants were convicted of murdering Ahmaud Arbery, and the Arbery family received some small measure of justice. These verdicts matter, as did Mr. Arbery. It is for Mr. Arbery and the many victims of injustice before and after him that JusticeAid exists.

Last year, around this time, JusticeAid’s board of directors announced its 2021 issue and grantee partner—racist policing and the Neighborhood Defender Service (NDS). In uncertain times as the pandemic raged on, we were able to come together virtually for a spring concert and forum, and this fall we were able to host our first live events in nearly two years. We are thankful for the artists who support and entertain us, our Trusted Voices who educate us, our many loyal donors, our ability to safely gather again, and for the powerful sense of community we all enjoyed during our live events.

Through the efforts of the collective JusticeAid family, we awarded NDS our largest grant to date—$421,242. NDS will now be in a position to expand its Police Accountability/Community Empowerment program across the country. Your gifts will help NDS fight for the many Ahmaud Arberys and George Floyds and Breonna Taylors whose names are unknown and whose stories go untold. Through vigilance and action, we can make a difference.

I thank you for raising your voice and standing up for justice.  When we are united, we are powerful. In 2022, JusticeAid will focus on the rights of LGBTQ youth and young adults. We look forward to joining with you through art and music to continue to change lives and communities for the better. 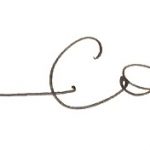 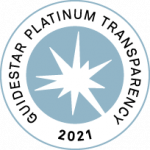 JusticeAid, a 501(c)(3) tax-exempt public charity, leverages the community-building power of art and music to transform awareness into action in the fight against injustice. Each year we identify and raise funds for justice causes by hosting music, arts, and educational events. Since 2013 JusticeAid has granted more than 1.5 million dollars to nonprofits that are ending mass incarceration, addressing the criminalization of poverty and inhumane immigration policies, and protecting civil rights for all.