Music That Matters: Injustices of Policing

Racial injustice in policing is not new in America. It is endemic and has a long history, beginning with the use of law enforcement to protect slavery. This month’s Music That Matters focuses on songs that have highlighted, protested, and exposed these injustices, and which too often resulted in lost Black lives.

Lots of recent songs have focused on these issues, but we also look at some older songs as well. This is painful music: it does not give the feeling of solidarity reflected in the songs we highlighted in our Martin Luther King, Jr. Day edition regarding civil rights. Nor does it give us the feeling of being one with the earth, as we saw in our Earth Day edition. Rather, this music reflects rage and sadness at the continuing deliberate infliction of government violence on racial minorities.

We will be listening with you, hoping for a world where these songs become artifacts instead of daily testimonials.

Living for the City 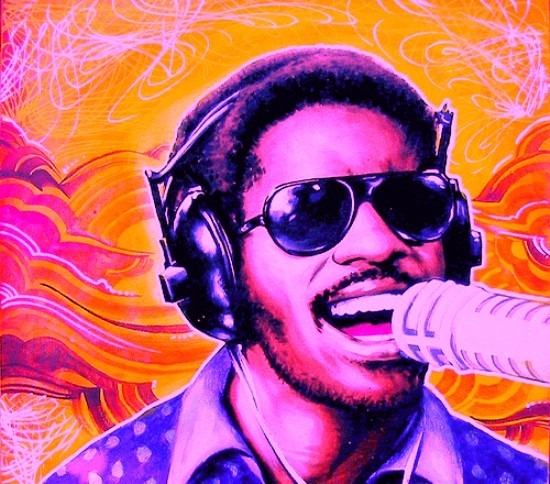 When Black folks moved from the rural south to northern cities, they did not find an end to racist policing. Stevie’s song—in its extended almost operatic album version (from Innervisions)—captures this experience. In the song, a young man “born in hard time Mississippi” travels to New York, looking for opportunity. Just off the bus, he gets caught up in an arrest, is thrown into jail, and receives 10 years, while his jailer snarls, “Get in the cell, N——.”

When your skin is viewed as a crime, there is no justice, north or south. 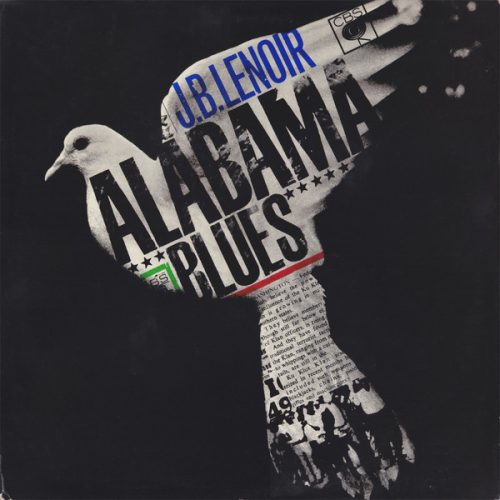 This is more than just a great Blues song, but it is a great Blues song for sure! J.B. Lenoir takes us back even further than Stevie’s song, to the injustices he saw first-hand in Alabama. Lenoir’s version of the Blues was more political than many others. He recorded it in 1966, as seen in the first video. We also include a YouTube medley of his political songs, demonstrating his intense power and commitment to speaking out on racial injustices.

The more things change, the more they remain the same:

My brother was takin’ up for my mother, and the police officer shot him down.

My brother was takin’ up for my mother, and the police officer shot him down.

I can’t help but to set down and cry sometime, think about how my poor brother lost his life. 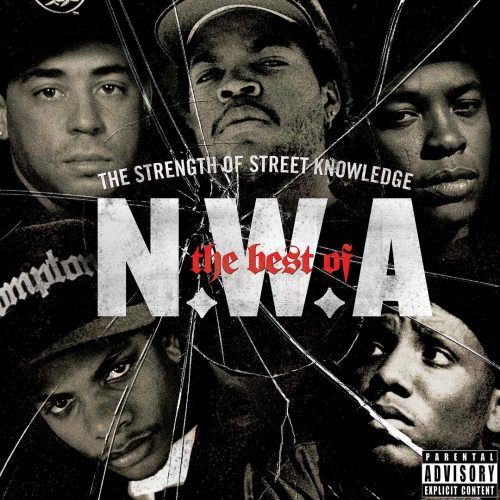 NWA changed everything. Eazy-E, Dr. Dre, Ice Cube, DJ Yella—NWA was a Who’s Who of Rap. And this song changed everything, giving a new expression to how these young Black men viewed policing. It’s a first exclamation that things were messed up, and that the police were militarizing Black neighborhoods without regard to the people who lived in them.

And the victims of that policing were not going to take it anymore.

The song pissed off all sorts of people. But when you think about it, if you are powerless, the first step may be to cry out against the power that holds you down. In the song, Dre, MC Ren, and Eazy-E “testify” about their case against racist policing by putting the police on trial. The song gave voice to communities of color in a way that may have been hard to understand to some then, but easier to understand now.

Fuck that shit, ’cause I ain’t the one
For a punk motherfucker with a badge and a gun
To be beatin’ on, and thrown in jail
We can go toe to toe in the middle of a cell

Maybe you have to be pulled over a few times for no reason other than your age or the color of  your skin to feel it, but in this incendiary track NWA captured the pain and outrage of young Black men all over America. 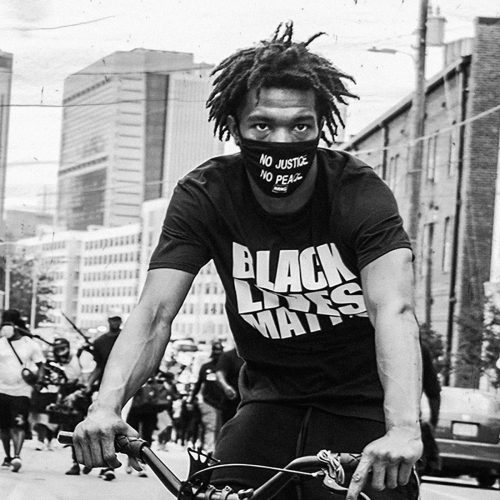 Lil Baby is a young rap artist who has released a lot of chart-topping songs. However, this one is unlike anything else he has done, unique in its focus on justice issues and policing. Lil Baby released it days after George Floyd’s murder, with a video that captured him and friends at related protests. It is a humble and moving and inspirational song—Lil Baby showing the way:

I can’t lie like I don’t rap about killing and dope, but I’m telling my youngins to vote
I did what I did ’cause I didn’t have no choice or no hope, I was forced to just jump in and go
This bullshit is all that we know, but it’s time for a change
Got time to be serious, no time for no games
We ain’t takin’ no more, let us go from them chains
God bless they souls, every one of them names

While you may not be into Rap or Hip Hop—or think you are not— give Lil Baby and some of these other artists your ears, and you will start to hear things differently.

Sing Out, March On 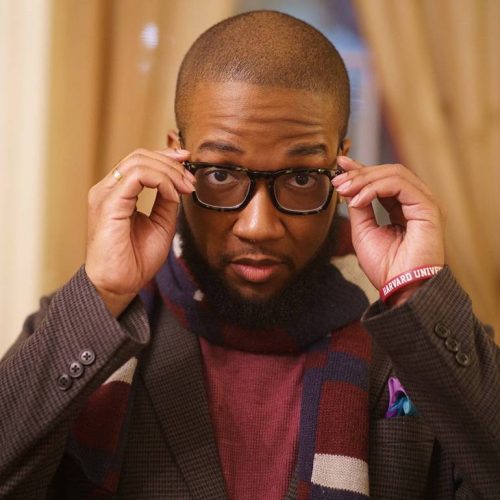 We end the first half of Music that Matters with a song that is not directly about policing, but instead a steadfast reaction to policing. Joshuah Campbell wrote this song in 2015 when he was an undergraduate at Harvard. Campbell has said that Black Lives Matter protestors inspired the lyrics in Sing Out, March On, but the song is timeless as well.

We offer two YouTube versions to uplift you. The first is from the 2018 Harvard graduation, with Campbell performing in honor of Rep. John Lewis, the Commencement speaker. The second is a live studio version and equally moving. Campbell has donated all proceeds from the song to the Southern Poverty Law Center.

Most of the songs we highlight this month (and those in our playlist) concern policing, but there is further depth to these issues, which are explored in the songs. When our laws reach consensual conduct, or a society decides to make drugs a “war” instead of a social and health issue, we are destined to have over-policing. When a society tolerates weed and cocaine in privileged communities, but does not allow it in poor communities, we will get unequal policing. When a society decides that anyone can get hold of a gun, of whatever caliber and power and number of rounds they want, then the society is tolerating armed contact between the police and the people. In some countries, police don’t carry guns, but here in the U.S. it’s insane to think that a law enforcement officer would not want to be armed. When a society treats a problem—homelessness, mental health problems, drug use—as something “the police will take care of,” it is putting the police, the people, and our communities in intolerable positions rife with conflict—where violence and lack of accountability dominate the interactions between people and the state. Sadly, the policing issues we see reflect so many decisions we make as a society, and these songs get to those decisions as well. 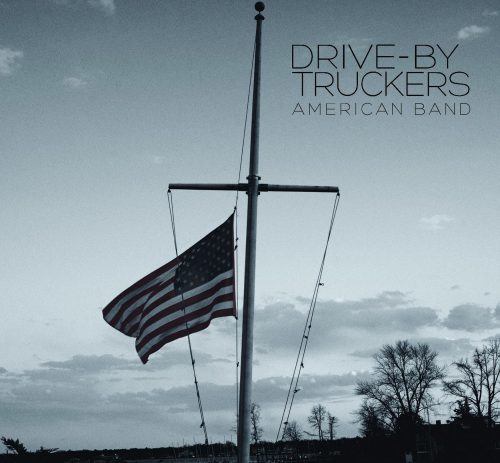 This song attempts to explain to a non-understanding audience what the Black Lives Matter movement is all about, and why it is necessary. It’s like a blunt instrument trying to open the eyes of an audience that may not understand or is in denial about what is going on in the U.S.

At first it may seem jarring that southern country artists are speaking to these issues, but the song is directly relevant to the increasing consciousness in white communities about the issues we are focusing on this month. 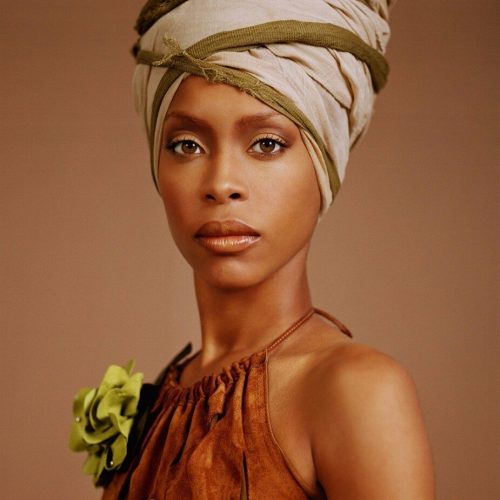 Soul/R&B singer Erykah Badu’s Soldier is featured on her fifth album, recorded as a tribute to producer, J Dilla. Badu’s brilliance in songwriting is on display in the introduction, where she describes a young man full of promise being gunned down while walking to school.

She then he jumps right into a call for action that inspires folks to keep going and continue fighting injustice in all of its forms.

“We gone keep marchin’ on
Until you hear that freedom song” 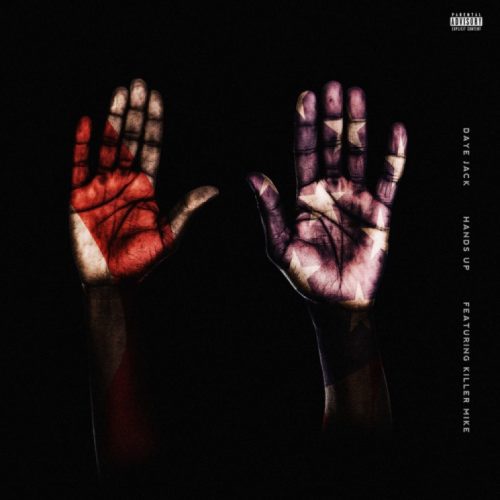 “Living with my head down, hands up—no, no, don’t shoot.”

In this 2016 release Daye Jack and Killer Mike capture the chant of so many marchers, putting their hands up to signify how many unarmed men have been killed in these encounters.

Daye Jack is an Atlanta-based artist, but he was born and spent his early years in Port Harcourt, Nigeria—which is in the River States of Nigeria and which has been subject to extreme unrest, poverty, and violence in its own right. Hands Up is Jack’s best known song. 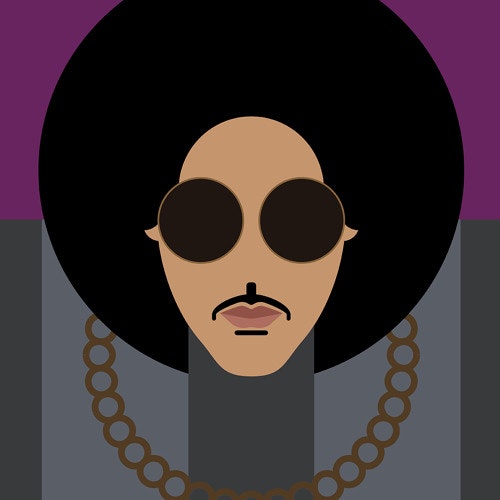 Prince did not write or perform many political songs. But after the murders of Michael Brown and Freddie Gray, he wrote and produced this song. It is an excellent song, and the video released with it captures some of the protests in Baltimore concerning the murder of Gray. Not long after those protests began, Prince performed the song at his Rally 4 Peace concert in Baltimore.

Nobody got in nobody’s way
So I guess you could say it was a good day
At least a little better than the day in Baltimore
Does anybody hear us pray
For Michael Brown or Freddie Gray?
Peace is more than the absence of war 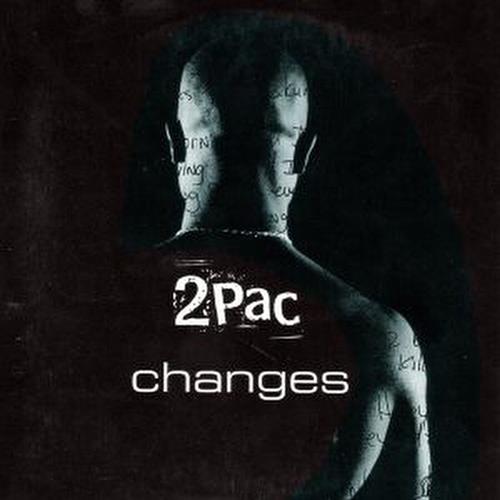 Tupac Amaru Shakur was one of the most influential artists in the world of hip-hop and beyond. His songs touched on social topics, ranging from police brutality to the crack epidemic and its devastating effects on the African-American community.

Cops give a damn about a negro

Pull the trigger kill a nigga he’s a hero

The son of a Black Panther, Tupac grew up surrounded by future political prisoners who, more often than not, were at war with the police and the criminal justice system. Though Changes was released posthumously, it is a timeless piece of music and as relevant today as it was when Shakur released it in 1998. Tupac’s hopes for a better future are still present today, despite his oftentimes bleak portrait and the day-to- day struggles of life as a Black Man in America. The song is truly raw in its lyricism and profound in its meaning.

That’s it for this month’s Songs of Protest. “Sing Out and March On,” and pray for the day that these trying times are behind us—not forgotten, always remembered—but behind us. Say Their Names, and when your spirits are down, we hope this music inspires you to get back up. And check out our playlist for additional amazing songs, including another great collaboration from John Legend, a little Bob Marley, and much more. We’ll be listening with you.

Our work this election year centers around Voter Suppression & Voter Engagement. Please continue to spread the word about our 2020 grantee partner Election Protection/866-OUR-VOTE  and sign up for JusticeAid email to receive the Songs of Protest blog and information on our concerts and initiatives.

Mark Rochon and Jennifer Turner, Board of Directors, JusticeAid