This month’s Music that Matters focuses on economic justice. It makes sense, as we are releasing this edition on May Day, a day with origins in pagan rituals of Spring but known since 1904 as International Workers Day. It’s a good day and a good time to consider issues of economic justice, of how we distribute wealth, how we protect the financially vulnerable, how work is valued.

Issues of economic justice boil down to how long we live, how healthily we live, in what fear of poverty we live. We could spend this entire blog on songs of the labor movement, but as always, we want to give a broad scope to what constitutes protest and what constitutes economic justice. Our focus on economic justice this month resonates with JusticeAid’s 2020 issue and beneficiary, as we focus on voter engagement and fighting voter suppression in support of Election Protection/866-OUR-VOTE. Without question, barriers to voting impact the poor more than others.

This Land Is Your Land 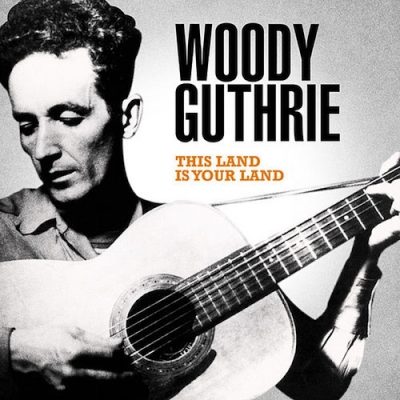 Several months into our work on Songs of Protest and we finally get to the American father of protest music, Woody Guthrie. Of course, we could highlight any one of his songs but this one takes on the big picture: this land is for all of us, not just some. Guthrie’s views on the appropriation of property are captured beautifully from his copyright submission for the song:

“This song is Copyrighted in U.S., under Seal of Copyright #154085, for a period of 28 years, and anybody caught singin it without our permission, will be mighty good friends of ourn, cause we don’t give a dern. Publish it. Write it. Sing it. Swing to it. Yodel it. We wrote it, that’s all we wanted to do.”

The familiar versions do not include some of his most potent lyrics, such as:

In the shadow of the steeple I saw my people,
By the relief office I seen my people;
As they stood there hungry, I stood there asking
Is this land made for you and me?

Here is a live version from Springsteen, who called it “the greatest song ever written about America.” For our playlist, we use a fantastic version from Sharon Jones & the Dap Kings and one from Woody himself.

Which Side Are You On? 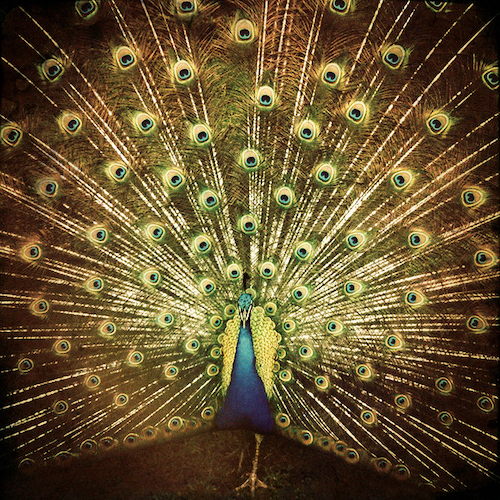 Florence Reece was married to a union organizer. In the middle of the organizing struggle known as the Harlan County War, her home was raided by authorities under a pretext and she and her children were terrorized. That night she wrote this song on a kitchen calendar. Florence Reece did not scare easily. It has been recorded by many artists, most famously Pete Seeger. Here are two live versions, one from Ani DiFranco (with Melissa Ferrick) in which DiFranco added additional and contemporary lyrics, and another from Billy Bragg. On our playlists, we use Tom Morello’s excellent version. 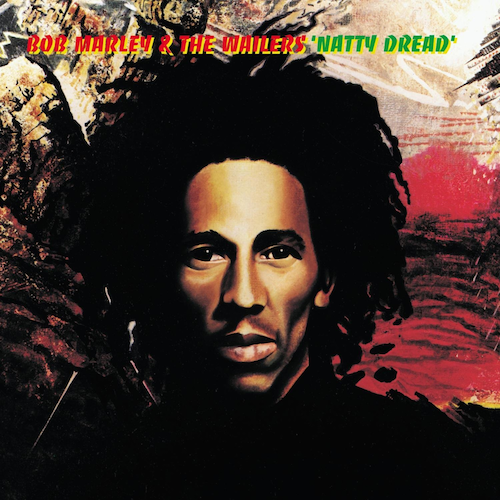 This song was one of many greats from Natty Dread, Marley’s first album as “Bob Marley and the Wailers,” not just “The Wailers.” The song’s about not having enough food, about hunger in the face of plenty, and the anger that inevitably arises. As he put it:

A hungry mob is an angry mob.

Other Marley songs discuss what to do with that anger, but this one places it right in the pit of your stomach. Here is a live version that will get you moving.

We Can’t Make It Here 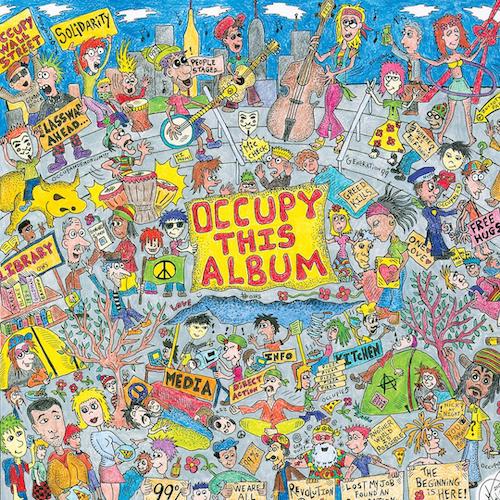 McMurtry’s song was named the best song of the 2000s by Robert Christgau, the influential music writer. Stephen King declared it the most memorable protest song since Masters of War. The song is a passionate and relentless exploration of the loss of jobs, income inequality, and the displacement of American work and the ones who do the work. Here’s a live version of McMurtry performing the song.  On our playlist, we use the studio version.

Will I work for food, will I die for oil
Will kill for power and to us the spoils
The billionaires get to pay less tax
The working poor get to fall through the cracks

Why Is It so Hard (to Make It in America) 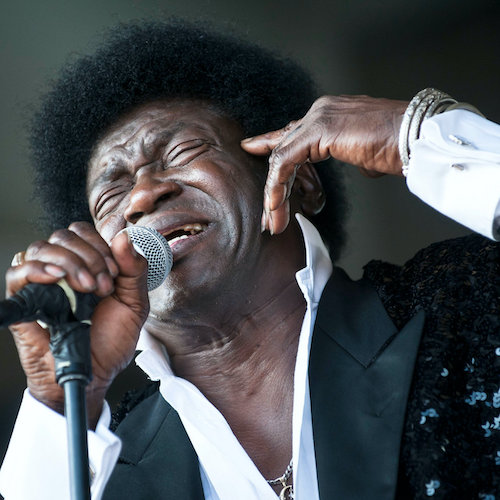 We lost Charles Bradley in 2017. This passionate and confessional song about being unable to make it in the “land of milk and honey” is a good introduction to his incredible voice, if you have never heard of him before. Bradley lived a very hard life until relatively late when he recorded three outstanding records. Check out this live version of Why Is It So Hard for a taste of what he could bring to soul singing

Issues of economic justice cut across every aspect of our society. The themes highlighted in the first five songs go to who owns what, whether workers have a right to organize, and how our society makes it impossible for some to make it here. The songs remind us that a single laborer is a drop of water, but organized labor can be a waterfall. They remind us that racism and other forces can strip fairness from how we distribute work, what constitutes “work,” and what we get to keep from our work. The songs that follow address other issues that impact economic justice, including work that destroys and how we treat women in the workforce. We hope that these great songs will move your own thinking on these issues. 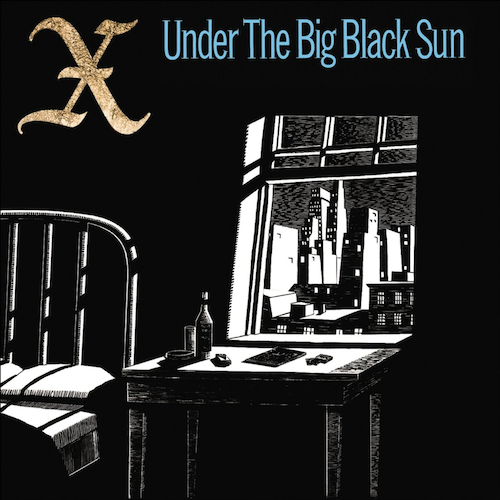 You might think this song by “X” is “just” a drinking song (if there is any such thing). In reality, it gets right to the heart of alienation from work experienced by those who do not have control of their work, and how turning to the bottle is one escape. That’s the reason it’s called, The Have Nots. The song opens by pointing out how hard it is to get ahead when you are a working stiff:

Because it touches on one aspect of work alienation, it is apt, but it is also a great song. Here is a live version from not that long ago. 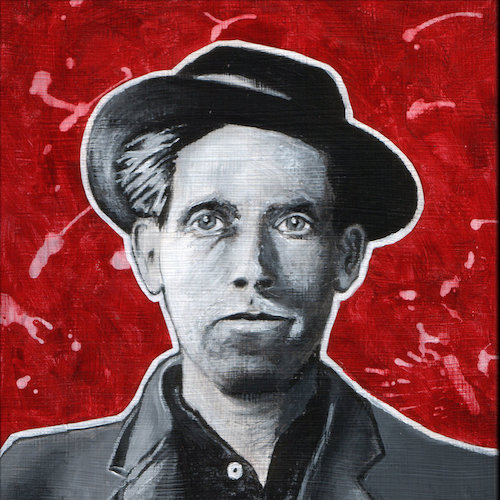 Joe Hill was a union organizer and songwriter. In 1914, he was accused of murder and executed the following year, though today he is widely believed to have been innocent. His own songs are still an inspiration in the labor movement, but he is best known for this song written about him, first as a poem, and then set to music. It has been an anthem for the labor movement ever since. Paul Robeson sang the song all over the world to many thousands of people. Here is Joan Baez performing the song at Woodstock. 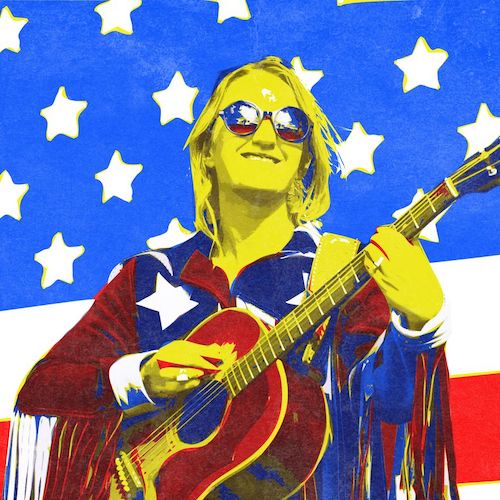 Margo Price is a wonderful singer and songwriter, who has several great songs about social justice and other issues. We like this one the best. When it comes to issues of economic justice, it is hard to find one more obvious than the fact that women get paid less than men for the same work. Price manages to take the issue, explain it, and sing a great song at the same time. If you like your country music from bad-ass women, you are going to like Margo Price. Enjoy this live version.

The Ghost of Tom Joad 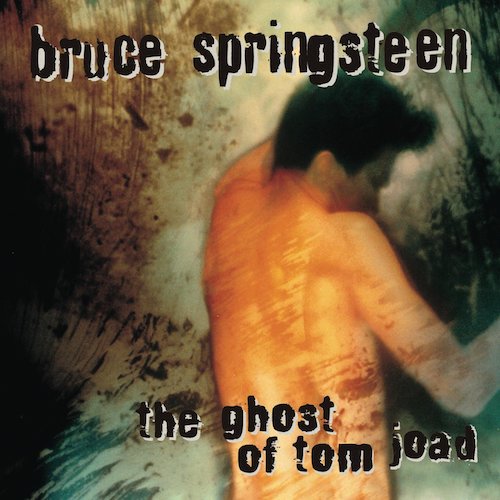 Springsteen often writes about the challenges of the working class and various aspects of economic inequality. None is as direct as this one (although we also include Factory in our playlist). Here is a great live version, with Tom Morello joining the band. 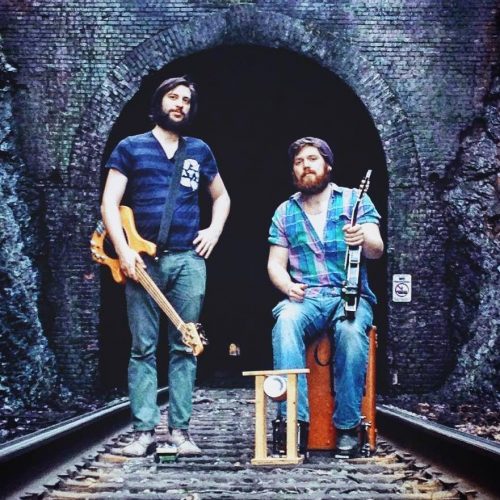 Generations of younger musicians are contributing great music protest as well. Driftwood Soldier’s John Henry stands out as a great representation of young talent addressing justice issues. They recast the legend of John Henry and capture the fact that John Henry’s story actually is about using up laborers to satisfy greed: it’s about work that literally kills a man.

Right now, as we deal with the fact that workers are being exposed to deadly illnesses so we can fill our larders, this song should be played over and over.

In Lyman-Schmidt’s own words, “A black person having to perform heroic feats of strength just to hold on to a grueling job is an all too common story in this country, and to me, the telling of John Henry’s story has to acknowledge that.”  Here is the Tiny Desk (NPR) submission of Driftwood Soldier performing the song

There it is, this month’s 10 highlighted songs (with more on our playlists). There is so much more we could cover here, and hopefully we return to issues of economic justice in future editions of Songs of Protest. In the meanwhile, enjoy these, enjoy our playlist, and we hope you join us on May 18 for our #JusticeAidConcert, Voices to Protect the Vote, a virtual benefit concert on behalf of Election Protection/866-OUR-VOTE.

Our work this election year centers around Voter Suppression & Voter Engagement. Your contribution goes in support of this vital effort. Please spread the word and sign up for JusticeAid email to receive the Songs of Protest blog and information on our concerts and initiatives.